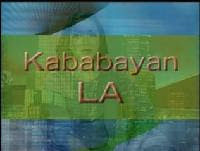 The producer said that the video will be online soon, and I don’t know if I really want to share it with people now. So many have heard about it, and so there is this pressure to share. I can only hope that I was not as bad as I thought I was.
Labels: chicagomomsblog.com Filipina Moms filipinamoms.com Janelle So Jill Asher Kababayan La18.tv Mommy Bloggers Silicon Valley Moms svmoms the today show

Nilsa S. said…
I would've been exactly like you - cool, calm, ready to go ... until it's time to go and then I would've freaked out, not said things the way I wanted and disappointed myself in the end. The good news for you ... most of us won't notice a thing and will probably think you did a great job. Here's hoping you'll connect us with the video link!
Thursday, May 8, 2008 at 7:51:00 AM CDT

Geraldine said…
woohooo... way to go girl.. hey... don't forget you still look good without make up or highlights.. so don't worry about it.

Stephanie Wilson she/her @babysteph said…
Oh, I am sure you did great! I can't wait to see it!