Blogging behind a NY Cab 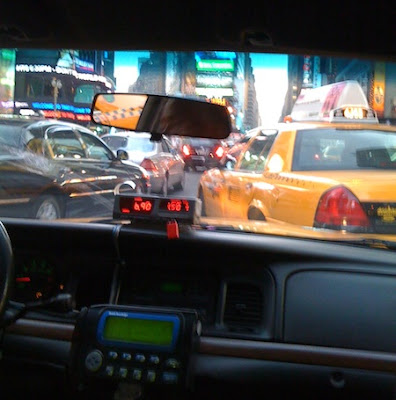 I didn't exactly prop my macbook while in a NY cab, but I find blogging about my trip to NY quite similar. It's been a long time since I've been back to New York City (I used to work out there) and so its been awhile since I've taken that many cabs. As I spent my week in NY, I hopped in and out of cabs almost everywhere I needed to get to. There's so much to see, and but only so little time to say. Here's a hop in and out of my New York Blogher Conference 2010 week.

Wednesday afternoon I  hosted a Dyson sponsored event for my Chicagonista and NYMetropolista writers. It was an afternoon tea held at the famous Palm Court at The Plaza Hotel in the South end of Central Park. The Plaza is known for it’s legendary history with famous folks and home to the famous book character, Eloise. We were so grateful to have had the opportunity to do this event in such a NY landmark and I could not be more grateful to Dyson. Check out my Chicagonista entry here. All of our writers and guests received an Air Multiplier from Dyson.

After the Afternoon Tea, girlfriends Duong Sheahan, Beth Rosen and I recorded Chicagonista Live! and you can view that here! Still the partying continued and the three of us landed in Times Square and then later on joined girlfriend Andrea Metcalf for a night cap. And those night caps with the girls continued every night! Lol.

Thursday morning, girlfriend Duong Sheahan and I joined Liberty Mutual – The Responsibility Project in a Private Tour to Ellis Island. Words are not enough to convey my gratitude to Blogher and Liberty Mutual for this opportunity. The picturesque (albeit the humid and heat) ferry ride passing through the Statue of Liberty to Ellis Island started it all. When we got to Eliis Island, we were treated to a nice lunch inside the Ellis Island Museum itself. We then proceeded to each step as how the past immigrants walked through the same grounds in to America. The tour ended where a long mural stood with engraved names of those who entered thru Ellis Island. The immigrants that really are the true backbone of what United States of America is today.

After freshening up a bit, Duong and I headed to Madame Tussaud’s Wax Museum hosted by NYCityMama. The food was amazing and there we met 2 really fun Philly bloggers (Check them out - Chrissy & Sherry )whom we end up hanging out with ALMOST about every night we were at Blogher.

On Friday I attended the Getting Gorgeous event by Audrey McClelland and Vera Sweeney. There I landed the best pair of jeans EVAH; the Miraclebody! Celebrity stylist Robert Verdi was even there to assist us. I also had my hair done by celeb hairstylist (darn, forgot the name!) and make-up by Jordana with e.l.f. cosmetics. I GOT GORGEOUS! Thanks Audrey and Vera!

That evening Duong joined me at the Nintendo Ambassador Dinner at the Loeb Central Park Boathouse. It was the most beautiful dinner and all of us that attended received the newest Nintendo DSi XL! Wow! But the true highlight for me was when our pedicab rides came to pick us up and all the drivers were dressed as Mario! Hilarious! You must check out the pictures below. He was also the best Central Park tour guide to have. He showed us where the Kid’s Park is, Strawberry Fields, a certain movie was shot there, where John Lennon was gunned down, etc…

Saturday, Beth, Duong, and I went to the The Nate Berkus Show Launching Party at Modern. Meredith Sinclair of Hoo_de_Hoo was there whom was instrumental in getting some bloggers to the event. The show will be premiering on Sept. 13th. It was great knowing Nate and some of his producers and I’m looking forward in collaborating some work with them. We shall see!

After the Nate party, Beth, Duong, and I took some pics with Ted Rubin of Opensky then we headed to the Meat Packing District of NY for Iron Chef’s Morimoto Restaurant. The restaurant in itself from the entrance to the bathroom was just spectacular. Thanks to Duong who recommended this place! 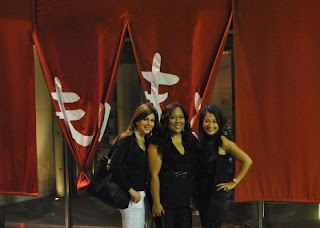 Another round of Times Square walk and then back to the lounge for some drinks.

Sunday morning I went to meet my good friend and mentor Melek Pulatkonak, COO of Hakia for breakfast. This brought me to the beautiful luxury hotel in Central Park called Essex House. After breakfast, I took a cab to the Loews Hotel to attend another NYCityMama event. There were lots of people there and the food was so good! Then I head back to my hotel and packed to leave for my departure that evening. Miss Lori happened to leave the same flight so we decided to meet for a late lunch for sushi. I’m not really sure where we landed but the company and conversation felt good and genuine. I love knowing Miss Lori more.

After that, Tide Acti Lift gave us a lift to the airport in style! We had the stretched out limo all to ourselves! Schweeeet! Now that’s how the Chicagonistas rolled in New Yawk City! Tide Acti Lift - THANK YOU for thinking of me! You guys are the best. I love working with you guys!

But last and not the least…I want to say thank you to Duong for being the good friend that she is! Girl, you made this trip really awesome for me!

chitownJunkie said…
Thanks for sharing your trip! I'm fascinated of how much stuff you've done. I gotta try that Miraclebody jeans now.
Wednesday, August 11, 2010 at 10:41:00 AM CDT

Erin Chen said…
Could you be any busier? San Francisco just a few weeks ago and now New York? I'm living vicariously through your blog posts now.
Friday, August 13, 2010 at 11:22:00 PM CDT

Mommy Liz said…
That was one busy NY trip for you, but I know you had fun with your friends. Take care.. I wonder when am I going to ride in a pedicab with drivers dressed as Mario and of course if I ever ride a stretch limo, hehehe. Take care.
Sunday, August 15, 2010 at 8:34:00 PM CDT