GM Motors invited Chicagonista to join them for Media Day in the Chicago Auto Show. I expected that we were amongst the many others to join them - but with a stroke of luck, we had GM’s Social Media Lesley Hettinger all to ourselves (Jen and I) ALL DAY! That started with a nice breakfast at Swissotel, and then she guided and maneuvered us around the actual showrooms of beautiful concept cars, new cars, to the GM Press Conference then lunch with Alexandria Dymowska, General Motors Creative Designer, Color and Trim Studio. Yeah…I mean just Jen and me with 2 amazing and fascinating women! Now how often do I ever get this chance! 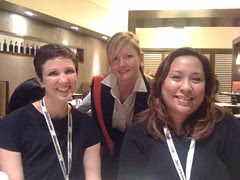 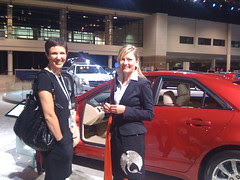 You’re saying CARS? Me? Cars? I don’t know much about cars really! Just ask Jen guffawing over my “you look like you are doing the Indy 100!” comment to her when she was sitting down in one of the cars. Jen of course corrected me with – “500” not “100”. What can I say? I was just never into cars like that. lol 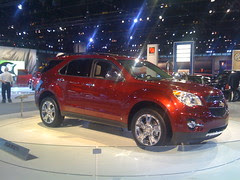 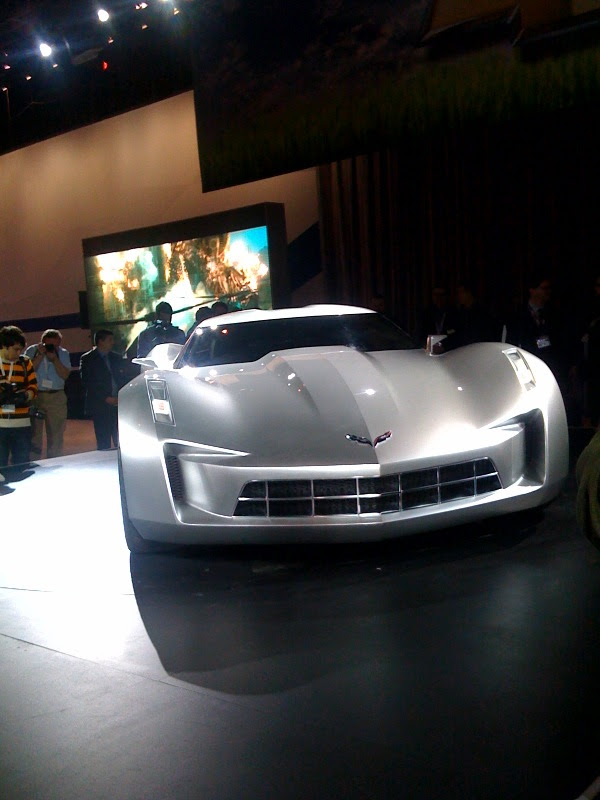 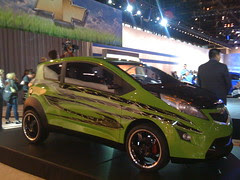 But never mind that Jen also pointed out that the T back on one of the concept cars would look great on a dress! I was all in agreement by then. We wondered about the thought process behind naming cars. Is it about designing it to match the name or vice versa? And what does Enclave means anyway? Quite thankfully, we were not off from all our comments and GM’s Creative Designer has really taken my comment on how the mesh pockets on a luxury car’s back seat looks unfinished and not luxurious enough. She even sat inside the back seat and touched around and really delved into it. It was one of those that she will be taking back with her!

Then I realized…what I really found fascinating is it is somewhat similar to the Fashion Industry. The look…the feel…the luxury of fine clothing…. This brought me back to my many years of working in Fashion. The time spent closely watching every product in our Sigrid Olsen NY Showroom. From the inspiration, to the pockets, to the buttons, to the material and the process and time it develops after years and years of concept to its fruition. I get it! 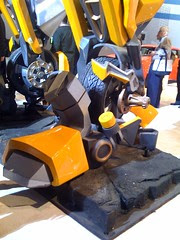 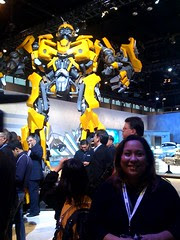 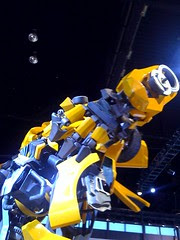 The GM Press Conference was of course very exciting. There were media from all over the world with their cameras and live satellites. The biggest surprise was seeing the car Bumblebee Camaro that was used in the movie Transformer. And the gargantuan of a Bumblebee Transformer robot was standing right before us. It felt like we were in some movie. I knew then that my boys will have to come and see it in the Auto Show when it opens up to public. They have also announced that GM has designed the Stingray Camaro concept car for the new movie “Transformer – Revenge of The Fallen showing by Summer of 2009”.

One of the best take away I got from this is finding out that GM has taken global strides in going with our sign of the times. About how consumers are more eco-conscious and with how our economy are in the dumps right now. I’m not one to speak in depth about global eco-awareness since I am just merely taking baby steps in learning how, so I am going to have you go on to Jen’s @ ecochicorganizer.com and I’m sure she'll take a moment to write more about it.

Again, thank you to GM for this wonderful opportunity and Chicagonista is looking forward with future relationships other than possibly getting my own Enclave in the “white diamond” exterior color that I drooled on. Check out my short video below.