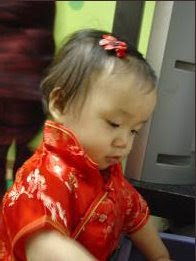 In the Tam Imperial Dynasty there are 3 royal highnesses always roaming around. Hay Lan the youngest of all, is the beloved princess. With her innocent smile she can easily get anyone to do anything for her. 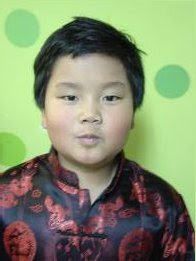 Then there is Hay Loong, the oldest amongst the highnesses. He too has fallen under Hay Lan's magic. 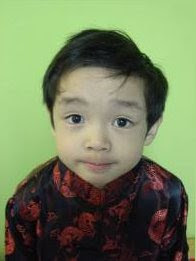 hen the middle highness is Hay Ming. Even with his cleverness, he too has has not escaped Hay Lan's charms.


Both loyal brothers Hay Loong and Hay Ming are always under Hay Lan's spell. Always ready to fight anyone that may bring harm to Hay Lan. Hai yah! 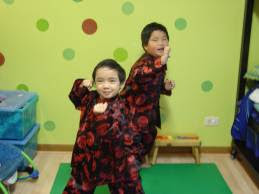 They watch her as she plays. 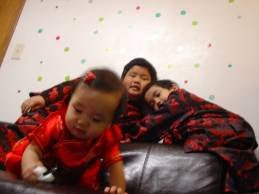 They watch her as she eats. 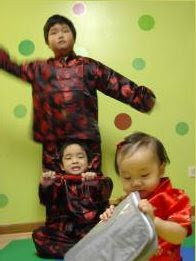 But still, it wasn't enough for Hay Lan and demanded for more! 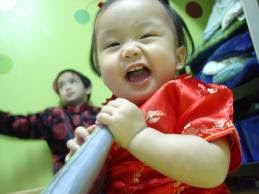 Hay Loong and Hay Ming begged for mercy. They kow-towed her everytime they can to show her that they will do more and more for her next time. 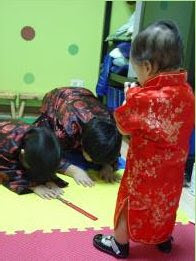 So Hay Lan, said "ok - but you better chop-chop people"! 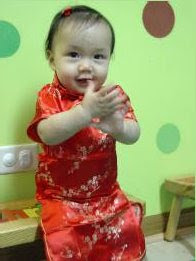 Well, Hay Loong and Hay Ming's fate didn't end well. She decided to kill them both and eat them in the end. 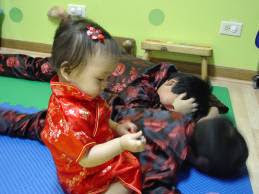 But y'all know that the Empress (that's me the Mama) just have too much time in her hand and so this is just a funny little story and really- the boys just got too tired posing for more New Year Pics. 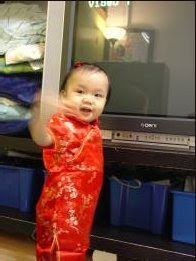 Anonymous said…
cute!!! she looks like you when you were little and you can tell that those guy-pamangkins (nephews) do love their sister dearly....

And yes, they are beautiful!

MJ Tam said…
blogging mama> Thanks dear! Hailey and the kids should get together and play together one day.


superha If only I could be a smidgeon of how you document your kids daily stuff so well! But thanks for the comment.
Monday, February 11, 2008 at 6:26:00 AM CST

Happy Chinese New Year to you all.

re: the coffee thing...I think as much as you're on that you're gonna need to slowly wean yourself off the stuff. You sure don't want a headache from not having it. Terrible drug!